Riding the FinTech wave: What makes Singapore a draw for FinTech startups 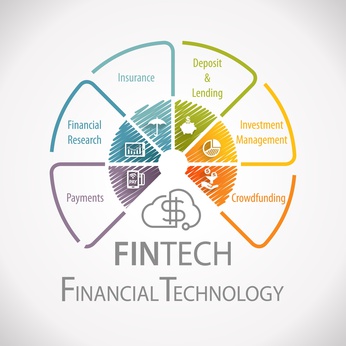 Singapore is giving a boost to its role as a regional banking hub. In line with its mission to support the development of a vibrant FinTech (an abbreviation for Financial Technology) ecosystem, Singapore’s central bank, the Monetary Authority of Singapore (MAS), has committed to invest S$225 million over five years in FinTech projects.

Last November, a new grant scheme that allows proof-of-concept trials to have their costs funded up to a maximum of S$200,000 per project was also launched.

With all the necessary resources in Singapore, and more than 20 global banks and insurance companies setting up innovation labs and research centres locally, there is no better time for FinTech start-ups to move here. Here are five top reasons why many of the best FinTech start-ups are making Singapore their base.

Besides the abovementioned grant, Singapore is also working to facilitate greater collaboration within the industry. This comes as part of an overarching strategy to create a thriving FinTech ecosystem that provide the conditions for financial institutions and FinTech players to innovate, compete and collaborate.
For instance, to allow developers to build more applications and services that can integrate official financial datasets such as credit card or currency exchange stats, the MAS is encouraging the development of Application Programming Interfaces (APIs) among financial institutions to enable efficient data sharing.

To provide start-ups a risk-free environment conducive for innovation, Singapore has created a ‘sandbox’ initiative where FinTech players can experiment with and test the various aspects of FinTech including digital and mobile payments, authentication and biometrics, blockchains and distributed ledgers, as well as Big Data.
This encourages innovation without companies having to worry about rules and regulation, which may impede change.

Even before the above mentioned initiatives, Singapore has already garnered global recognition for the conducive business environment it has set in place for FinTech players.
In February, EY ranked Singapore 4th as a global FinTech hub, after Britain, California and New York. In September, Singapore was named the top global FinTech hub by Deloitte.
With Singapore ranking top in Asia for intellectual property (IP) protection, as recently affirmed by a 2016 Global Competitiveness report by the World Economic Forum, FinTech companies in Singapore can be assured of leveraging IP as their business competitive edge.

According to a study by Knight Frank on office set-up costs in the leading tech districts of 27 cities, Singapore ranked the 10th most expensive city after London, New York, San Francisco, as well as Asian cities such as Hong Kong and Beijing.

This was calculated based on the rent of a 600-square foot office in one-north, Singapore’s city-fringe tech and creative district, which is home to a range of companies from the biosciences, info-communications, media and technology sectors.

Switching to a co-working space with a collaborative, open-plan environment in one-north would also bring further cost savings of up to 40 per cent.

Finally, navigating the FinTech landscape in Singapore would not at all be a challenge.
Getting advice on tech-related government grants, schemes and assistance, for instance, is now made easier with the newly-launched FinTech Office. Set up in mid-2016, this virtual office was spearheaded by the MAS and the National Research Foundation (NRF) to bring FinTech players greater convenience as a one-stop point-of-contact. Besides supporting the FinTech ecosystem, the Office also aims to engage the FinTech community more actively.

With this set of national infrastructure in place, Singapore looks set to embrace its very own FinTech revolution.