Janus Corporate Solutions has released the Q2 2013 Singapore Business Formation Statistics Report. The report shows that 16,027 new businesses were formed in the country in Q2 2013. This represents a 13.22% increase from Q1 2013 and coincides with a period of overall improvement in the Singapore economy. 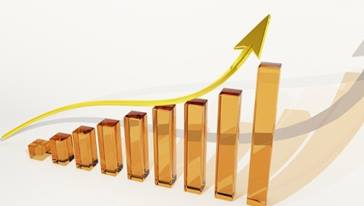 Around two-thirds of the business formations had Singapore-based shareholders, a result that may have been boosted by the government’s initiatives and drive to increase local entrepreneurship – funding and mentorship have been made available to those with viable business plans; programs have also been introduced to promote the entrepreneurial spirit amongst the youths.

By industry sector, the most number of business formations were seen in wholesale trade and financial services. This result is consistent with Singapore’s reputation as a trade and financial hub in the region. Its strategic location and efficient infrastructure make the country an attractive location for trading companies. At the same time, the strength of its financial sector is confirmed by the rankings of three Singapore-based banks in Bloomberg’s 2012 list of strongest banks in the world. Pricewaterhouse Coopers predicts that Singapore will take the place of Switzerland as the top international finance centre for private client assets by 2015.

“The healthy rise in business formations in Singapore during the second quarter may be an indicator of the positive sentiments about the country’s economic outlook. This trend is in-line with the year-on-year growth figure of 3.8% released by the Ministry of Trade and Industry recently. More than 3,200 businesses were formed in the wholesale trade sector which may be due to the robust recovery of this sector in Q2,” said Ms. Jacqueline Low, Chief Operating Officer of Janus Corporate Solutions.

She observed that in order to pull out of the global economic downturn, other countries are now trying to emulate Singapore’s model by reducing corporate tax rates and rethinking the cap on foreign investments. “Vietnam and Thailand have lowered their corporate tax rates in a bid to attract more foreign entrepreneurs. Brazil has also been trying to rationalize its tax system lately, while India is reviewing its cap on foreign direct investments.” Ms. Low added that “For a long time Singapore has had a low tax regime and liberal investment policy that allows 100% foreign ownership of companies. What sets Singapore apart, however, are its advantages of a stable government, pro-business policies, strategic location and robust infrastructure.”