16,612 new businesses were formed in Singapore in Q4 2015, dropping by 5.7% against the preceding quarter, but in line with the usual trend for last quarters.

The number of company formations in Singapore dropped in Q4, but foreign investors and enterprises continued to establish their enterprises or subsidiaries in the island state even amidst economic uncertainties. 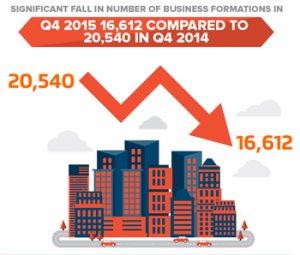 While the year ended on a somber note with the western economies struggling to sustain a modest recovery, the fact that the business formation numbers is within the standard range observed for fourth quarters, even amidst the anaemic global economic conditions, endorses the integral strength of Singapore.

Private limited companies continued to be the dominant type, with 48.8% share of the total business formation; a marginal dip against the preceding quarter when it held 49.1%. The share of Non-exempt Private Limited Companies inched up in this quarter both in terms of total formations and Private Company registration. With 1,421 Non-Exempt Private Limited Companies formed during the quarter, Singapore’s reputation as a pro-business nation has been cemented.

The share of foreign held companies remained at 35% in Q4. The share has continued to remain constant against 2014 as well, testifying to the confidence of foreign enterprises and investors in Singapore as an Asian business hub. Singapore allows 100% foreign ownership and free repatriation of the profits; these aspects play a key role in attracting foreigners to the shores of the island state.

Commenting on the business formation statistics, Jacqueline Low, chief operating officer of Hawksford Singapore, said: ‘The dip registered in the numbers for the quarter is something usual, it is in line with the market behavior for the last quarter of a year. The numbers match the final quarter averages recorded in previous years, excluding 2014. Overall 2015 has been a fairly good year in terms of business registrations, given the fact that global economy was hit by turbulence towards the end of the year.’

Singapore continued to attract international investors and entrepreneurs. The share of foreign individual shareholders remained at 28% in the Q4. Individuals from India, China and Malaysia continue to dominate. Individual investors are also increasingly coming from diverse source countries such as Japan, Australia, Indonesia, the UK and France.

Subsidiary formation by foreign companies accounted for half of the subsidiary formations in Q4. From 48% in Q3 it has increased to 50% in Q4 of 2015. Entities from British Virgin Islands and Hong Kong with 7% and 4% respectively continue to account for the highest share of foreign subsidiaries formed. The share of Chinese and Indian subsidiaries increased to 3% in Q4 as against preceding quarter.

Ms Low added: ‘Singapore continued to attract foreign companies, investors and entrepreneurs because of its strong business fundamentals and its strength as a financial and trade hub. However we should also take note that it is not insulated from the global economic conditions. We expect the regional economies and trade integrations to sustain the economic vibrancy here. The strong employment numbers and growth in incomes will buoy the domestic consumption. We look forward for the much-desired thrust in the global economy to drive up the business formation numbers in 2016.’

Note: In an earlier version of the release, we mentioned that the figures plummeted by 7.9%, and gave the incorrect figures for the whole of 2014 and 2015.
These are incorrect, and we have updated the correct figures as above and re-issued a new report. If you are unable to view the new report, please press Ctrl-F5 to clear your browser cache. We apologise for the inconvenience caused. 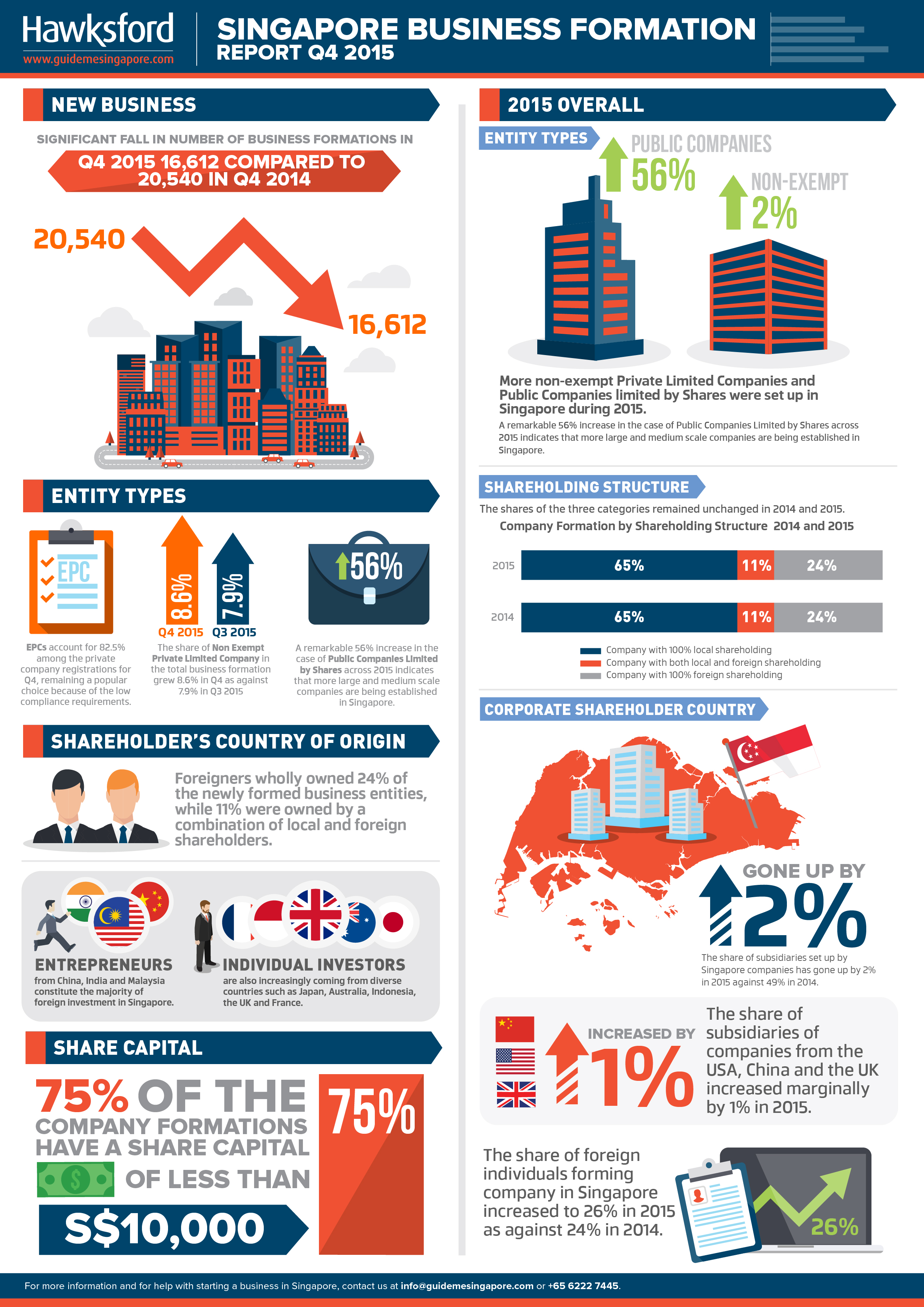