The significant jump in the share of 100% foreign held companies, from 24% in Q4 2015 to 37% in Q1 2016, means that overseas companies accounted for half of the total new business formations in the quarter. Correspondingly, the share of companies with Singaporean shareholders decreased to 57% from 72% compared to Q4 2015. 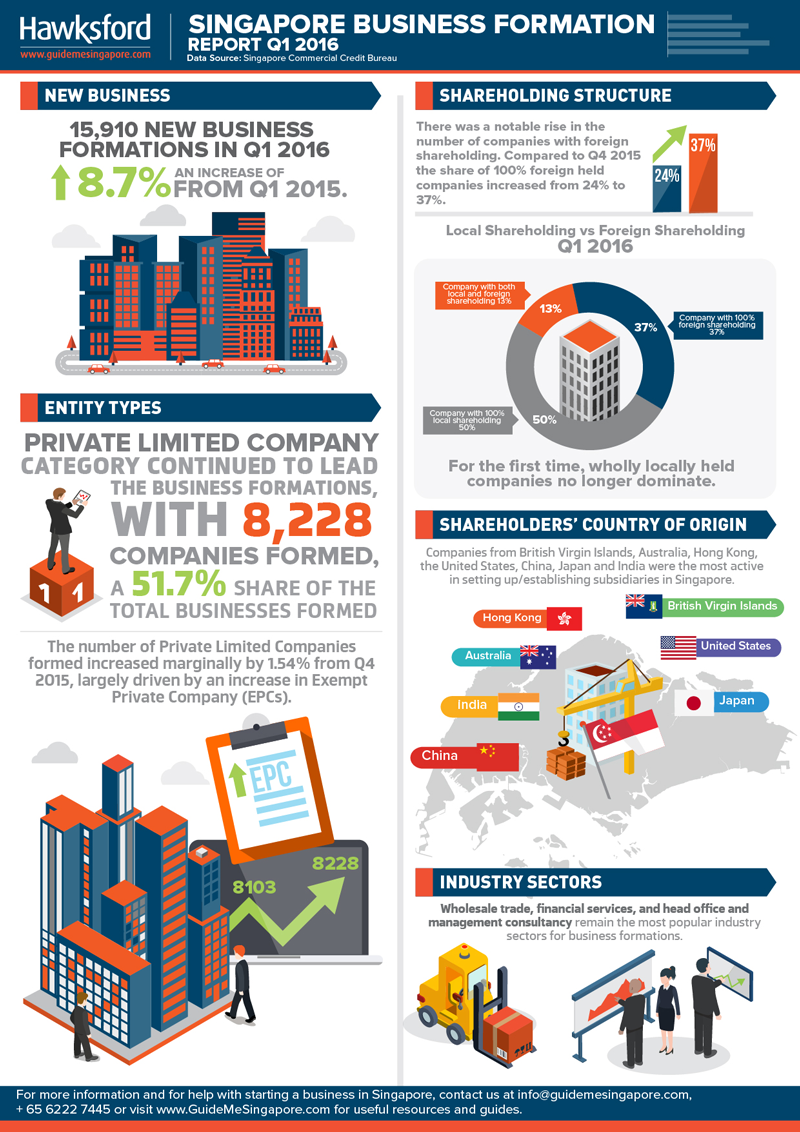 Jacqueline Low, chief operating officer of Hawksford Singapore, said the upswing represents the attractiveness of Singapore to foreign investors: ‘The start of 2016 saw a record number of foreign entrepreneurs and investors setting up companies in Singapore. While this is the first time we have seen the number of foreign held companies equal the number of locally owned companies, it is not a major surprise as it emphasises the solid, pro-business environment that Singapore is renowned for.

‘Singapore’s strategic proposition as an international business hub continues to hold its appeal even amidst the challenging global economic condition. Singapore offers much-needed stability in a highly volatile situation, which is vitally important for entrepreneurs and enterprises navigating economic and political uncertainties. The stimulant measures unleashed by the central banks in the Asian region and the resultant liquidity is meandering into Singapore as investors look for new opportunities across borders. The increasing stake of the investors and enterprises from the regional economies are a strong endorsement of Singapore’s role as a hub in the evolving economic bloc,’ added Ms Low.

There was a moderate drop in the overall number of business formations in Q1 2016. With 15,910 businesses formed, the numbers dropped moderately by 4.23% as against the preceding quarter. However against the corresponding period in 2015, registration has significantly increased by 8.7%, and business formation is markedly higher when compared to the five-year Q1 average of 14,986.’

‘We expect only a moderate rise in the business formation numbers in the next quarter with a less than desired pace of global economic recovery and anticipate some improvements in the second half of 2016,’ said Ms Low.