Overview of the Key Amendments to Companies Act Phase 1 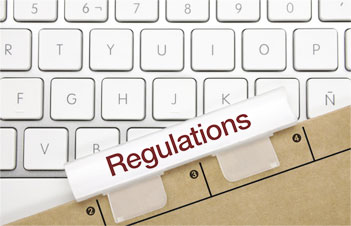 Earlier, a company was exempted from statutory annual audit of its accounts if the annual revenue was S$5 million or less and if it had less than 20 shareholders, all of whom are individuals and no corporate shareholders. Such companies were known as Exempt Private Companies.

Under Section 128 & 124 of the Amendment Act, small company audit exemption is introduced and the criteria redefined. Accordingly, a Private Company, in order to qualify for the audit exemption, must satisfy at least two of the three conditions for each of the two preceding financial years. The criteria to qualify are:

In the case of group companies, the member of the group must qualify as small company, as well as the whole group being a small group. This means that the group must satisfy at least two of the three criteria on a consolidated basis in each of the two preceding years. A ‘group’ also includes the ultimate holding company and that would include a group where the ultimate holding company is a foreign company.

The eligibility for exemption for existing companies will be decided based on a company meeting the qualifying criteria in the first or second year from which the amended regulation comes into effect, i.e. FY 2015 or 2016. As for companies that are incorporated after the regulation became effective, the exemption status will be determined based on them meeting the criteria in their first two fiscal years after their establishment.

Impact: More companies will now come under the scope of Exempt Companies. Companies that previously had more than 20 shareholders and did not qualify for the exemption will also be exempted from the audit now as long as they meet the size, revenue and asset criteria, which will reduce the compliance burden and cost for small companies. It will not impact the governance landscape because such small companies do not have overarching market impact or affect the public.

The previous regulation required a director’s report to be attached to the financial statement. Under Section 112, 113, 116 of the Amendment Act, this requirement has been abolished, and the requirements for directors’ statement have been enhanced. The statement must now include information such as the director’s shareholding, benefits, etc. Two directors on behalf of all directors of the company must sign this statement which must accompany the company’s financial statement.

Impact: It reduces redundancy and improves transparency and accountability.

Procedure For Resignation Of Auditors

Previously, a sole auditor of a company cannot resign and an auditor can resign only in general meeting where a new auditor is appointed. Section 126 of the Amendment Act provides that auditors of non-public companies – not including subsidiaries of Public Companies – may resign upon serving a written notice to the company. Non-Public company refers to listed companies as well as organizations of public interest.

The auditor of Public Company or a subsidiary of Public Company may resign upon serving a written notice to the company. In addition, they will also need to notify ACRA and obtain ACRA’s consent for a premature resignation. The resigning auditor must furnish reasons for resignation which must be made known by the company to the shareholders unless being stayed by a court order.

Impact: It allows for greater flexibility for small private companies and at the same time it ensures corporate governance among larger listed companies and organizations of public interest by involving ACRA in premature resignations. This will help raise red flags if there are issues of non-compliance or governance in such large companies. ACRA may also facilitate resignations in cases where a company obstructs rightful resignations or it may block a premature resignation that is not in favour of public interest.

Before this amendment, under Section 76, any company incorporated under the Act was not allowed to extend financial assistance for acquiring its own shares or that of the holding companies. The objective of such provision was to preserve the capital and funds of companies and to protect the creditors.

The Amendment Act also provides a new “material prejudice” clause, whereby it provides an exception to companies to which such prohibition applies. Such companies may provide financial assistance, if such assistance does not materially prejudice the interest of the company or its shareholders or the company’s ability to pay the creditors. The board of directors must pass a resolution for giving the financial assistance and confirming the terms and conditions for such assistance are fair and reasonable to the company.

Impact: Lifting the prohibition allows greater control and discretion for the shareholders of the privately held companies. The Private Companies are mostly closely held therefore this will not widely impact the public interest or cause affliction to the shareholders who are predominantly involved in the decision making process. The blanket prohibition prevented some innocuous transactions as well delayed or impeded some transactions that would benefit a company. In the case of Public Companies, which are still prohibited from such financial assistance, the new clause of material prejudice will require the directors to determine whether the terms and conditions of financial assistance are fair and reasonable to the company thus requiring due diligence from their side.

Under the previous regime, nominee directors are allowed to disclose information, which he/she acquired in his/her capacity as director/employee of the company, to the nominating shareholder only if the board has specifically authorized such disclosure. The director was required to declare at the board meeting, the name and office or position held by the shareholder.

Under Section 80 of the Amendment Act, a nominee director will now be allowed to disclose information that he/she obtained in his/her capacity as director/employee of the company to the nominating shareholders provided such disclosure does not prejudice the company. But such disclosures must be authorized by a general mandate or specific mandate of the board of directors.

Impact: This will facilitate better management of large companies with subsidiaries by smooth exchange of information; however there is a risk of malicious use of information and unethical trade practices but this will be taken care by other legislations such as Securities and Futures Act.

Shareholders’ Approval Not Required For Compensation Upon Termination Of Executive Director

Previously, certain types of payments and compensations made to the executive director upon loss of office are exempted from shareholders’ approval. The Amendment Act, under Section 86, allows for a new exemption. Accordingly, shareholders’ approval will not be required for payment of compensation up to a year’s emoluments to an executive director for termination of his employment. The following conditions must be fulfilled:

Impact: Approval of shareholders is irrelevant in the case of executive directors as the board appoints them and their compensation is a decision of the board.

Although the issuance of share warrants by companies has been prohibited since 1967, there has been a long transition exercise in existence, for more than 40 years, allowing the bearers of such warrants to convert to registered shares.

The Amendment Act, under Section 34, now has drawn an ultimatum. The Act provides two years for the bearers of such warrants to surrender their warrants and have their names registered in the members’ register of the respective companies. The company will cancel those warrants that are not converted.

Impact: The share warrants entitles the bearer to a specified number of shares in the said company. The names of the bearers of share warrants need not be entered in the company’s register of members. There is a veil of secrecy protecting the identity of shareholders. Although not many warrants will exist by now, this is a long pending ultimatum. This will improve the transparency and governance.

In the case of insolvent companies, the employees get priority over the unsecured creditors and are entitled to their salaries and retrenchment benefits. The old regime set the limit of such priority payments as five months’ salary or S$7500, whichever is lower. This sum is based on the monthly salary cap of $1,500 for non-workmen under the Employment Act of 1993.

The Amendment Act, under Section 151, specifies in the subsidiary legislation a new limit of “five months’ salary or five times the salary cap for non-workmen referred to in Part IV of the Employment Act, whichever is lower.

Impact: This will ensure that the provision remains updated and relevant at all times irrespective of the changes made to the salary cap for non-workmen under the Employment Act.