The latest report by Hawksford Singapore reveals that the year 2015 has kicked off with a soft start compared to previous quarters, but Singapore remains a fertile environment that is attracting entrepreneurs, investors and enterprises alike. 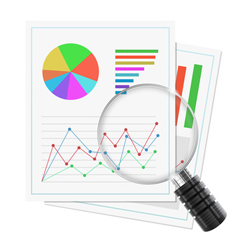 However the figures must be read in the light of other facts surrounding them. The record number of Sole Proprietorship and Partnership entities formed between Q2 and Q4 of 2014 inflated the company formation numbers for 2014. This dramatic spike in such registration is attributed to the special privileges announced in the 2014 Budget, now that the financial year has ended it is only natural for the numbers to revert to normalcy, which is very much evident from the Q1 2015 figures.

A total of 8,390 Private Limited Companies were incorporated during Q1 2015 as against 9,326 incorporations in Q4 2014. With a share of over 57% in total business formation, the Private Limited entities lead the rest of the categories. This is a return to the standard trend that had prevailed for several years. We anticipate the trend would continue without any deviance as registered in 2014.

Private Limited Company is the popular choice of company structure among small and medium size businesses. This provides several benefits by rendering a corporate veil to the shareholders whose liabilities are limited to the amount of share capital subscribed by them. Though the cost involved in setting up and carrying out the compliance requirements is high, it is the most suitable vehicle for businesses with complex commercial undertaking and also for risky ventures. (You may read up further on the benefits of the Private Limited Company here.)

Singapore’s attraction as a regional hub remains unchallenged. Despite the weak global economic recovery there were 42 Foreign Company Branch Offices registered in Singapore.

In line with the trend, the majority of the companies (74%) were formed with a share capital of less than S$10,000. However, it is interesting to note that compared to the preceding quarter, the share of companies with higher share capital, that is, S$10,001 – S$100,000 has increased by 2% to 20% and the share of those with S$100,001 – S$499,999 has increased marginally by 1%. This reflects that more big companies are being set-up in Singapore. We must also take into account the fact that due to sentiments of new beginnings, some major ventures choose to set-up with the commencement of the New Year.

The share of foreign and local shareholders remained unchanged during the period. The share of 100% foreign held companies remained at 22% underscoring the unshakeable confidence of foreigners in Singapore. Some regulatory factors are also favouring foreign shareholding, the most important are – Singapore allows 100% foreign ownership and does not tax dividends and capital gains.

Hawksford Singapore Chief Operating Officer Jacqueline Low, commented: ‘These results are testimony of the resilience of Singapore. At a time when the Western economies are wobbling, the Chinese economy is decelerating and the regional economies are grappling with their domestic political and economic challenges. Singapore’s stability and economic viability are strong pull factors for foreign entrepreneurs, investors and enterprises.’