Janus Corporate Solutions has released the Q4 2013 Singapore Business Formation Statistics Report. The newly designed report is a summary of new business registration activities in the fourth quarter of 2013 and an overview comparison between activities in 2012 and 2013.

In Q4 2013, an 8.61% increase in newly formed business entities was registered in comparison to the same period in prior year. The encouraging number of business formation activities between October 2013 and December 2013 affirms Singapore’s robust and resilient economy despite international economic and political setbacks.statistics-76197_640

The statistics reveal that 14,500 new business entities were registered in Q4 2013. While the numbers show a slight dip from the previous quarter, it is a recurring phenomenon observed in previous years where business formation activities tend to slow down towards the end of a calendar year. Instead, the quarter saw much growth in comparison to the 13,351 formations recorded in Q4 2012. A year-on-year comparison shows that 2013 has been a much busier year than 2012, with an average of 9% growths in total business formations observed in most quarters. 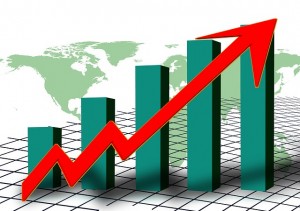 In keeping with previous trends, private limited companies form the majority of business entity types with 8,359 formations, of which 83.89% were incorporated as exempt private limited companies (EPC). The number of branch offices incorporated remains stable at about 0.3% of total formations, which is similar in ratio to the previous quarter, where the entity type was first recorded as a separate category in Janus’s quarterly report. The persistent number reconfirms Singapore’s repute as a business-friendly financial hub that is drawing in MNCs looking to establish a regional presence.

The report also shows a steady trend in the amount of paid-up capital injected into new incorporations, with an average of 74% of new formations recorded throughout 2012 and 2013 holding share capitals between S$1 and S$10,000. The Singapore government has long been praised for its pro-business regulations, and it is most evidently reflected in the ease of incorporating companies with a minimum paid-up capital of only S$1. This friendly policy has attracted many foreign and local entrepreneurs, and in turn has cultivated a thriving entrepreneurial spirit.

Furthermore, analyses by Janus reveal that about a quarter of new businesses incorporated between 2012 and 2013 had only foreign-based shareholders, which is one of the more unique features of the Singapore business environment, where the government allows full foreign ownership in companies.

Ms Jacqueline Low, Chief Operating Officer of Janus Corporate Solutions, points out, “The sincere and proactive efforts by the Singapore government to aid and support small and medium enterprises (SMEs) have greatly encouraged younger entrepreneurs to realize their business ideas, and helped existing SMEs build sustainability.” She continues, “The increasing number of grants and schemes aimed at boosting productivity and innovation, along with help centres to be set up in 2014, have granted small business the access to a wealth of resources. Such a reassuring business environment is one of the key factors that contribute to the country’s long-standing resilience and continually positive economic outlook.”

The data provided above is part of the Singapore Business Formation Statistics Report from Janus Corporate Solutions. Every quarter, Janus produces a report with data on the number of newly set up business entities, the statistical profile of recently incorporated companies, the top industries registering business formation activity, and the countries with the most number of newly established companies in Singapore.