Hawksford (formerly Janus) has been publishing the report since 2010. The report has evolved into one of the most awaited business statistics reports in Singapore. The report bears important statistics on business formation, review and analysis of the numbers in the light of global economic performance. 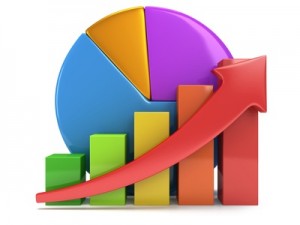 This quarter held a surprise twist; the share of Sole Proprietorship formed during the quarter overtook the Limited Liability Entity that has conventionally held the dominant share. The share of Partnership firms has also grown sharply. These categories have been picking up momentum sharply since last quarter on the back of parliamentary proposals to extend greater support to the owners of Sole Proprietary and Partnership businesses. We also speculate the cash-payouts available under the government’s PIC scheme may have also urged many small business owners to register their business operations in order to gain a legitimate identity and access to the privileges under the PIC scheme.

As for Limited Liability Companies formed, in line with the long time trend the Exempt Private Companies continued to hold the major share. The tax friendliness, relatively minimal regulatory requirements and the protection it provides to the shareholders in the form of liability ceiling are the key reasons for its popularity.

While the share of companies with 100% local shareholding increased in Q3, the 100% foreign companies have not dwindled. Still they hold a share of 19% and in terms of absolute numbers and they are still resilient. This underscores the attractiveness of Singapore for foreign investors. Singapore allows 100% foreign shareholding and free repatriation of profits with no tax on dividends and capital gains.

Singapore continued to attract enterprise and individual investors from diverse geographic origins. While enterprises from the British Virgin Islands and Hong Kong topped the chart, alongside the dominant local enterprise, companies from countries like the USA, the UK and Australia also showed keen interest in setting up their subsidiaries here. As for individual shareholders, the Singaporeans held the lion’s share followed by their counterparts from China, India, Malaysia and Australia.

Singapore’s economy is undergoing some structural adjustments following the change in labour policy and the resultant cost pressures. This has simultaneously strengthened the local consumption by boosting employment and wages. While the rest of the globe is trying to grab on to the weak signs of recovery, the island state’s economy is buoyed by the growth in local consumption and demand. Although China is losing steam, the rest of the economies in Asia are staying resilient with new opportunities in India, Indonesia and Malaysia. Singapore being located at the heart of Asia enables it to enjoy the best of both worlds – the economic recovery although weak but sustained, along with sustained growth of Asia, helps businesses to thrive in Singapore’s ecosystem. It is anticipated that 2014 will be a bumper year for business formations, setting new records.