What makes S'pore the third most global economy?

Singapore has been ranked as the third most globalized economy among 60 of the world’s largest economies in the recently released Ernst and Young 2011 Globalization Index. Take a quick look at what makes Singapore a global city. 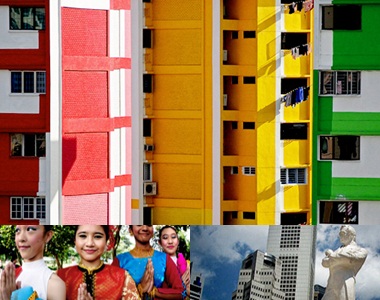 The small island state that has often been described as the little red dot is not so little after all. It is the third most globalized economy among 60 of the world’s largest economies. The recently released Ernst and Young ‘2011 Globalization Index‘ places the country in the third spot after surveying its openness to trade, capital movements, exchange of technology and ideas, labour movements and cultural integration for the period spanning 1995-2015. But before we begin to explore the dynamics of Singapore as a global city, let us look at what characteristics a city or nation needs to posses in order to earn the esteemed and much sought after title “global”.

Very simply put, global cities must impart values and ideas that impact the rest of the world. A global city is one that commands an international presence. It is characterized by business prowess, a cosmopolitan workforce, excellent infrastructure, an enviable living environment, interconnectedness with leading markets, cultural diversity, and knowledge excellence. It is these desirable, yet elusive traits that places a city among the league of eminent global cities; the likes of London, New York and Paris. It is heartening to note that the Oriental cities of Hong Kong (ranked #1 on the index) and Singapore (ranked #3 on the index) have made their way to the top five on the Globalization Index.

Singapore recorded no change in its overall ranking for 2011 when compared to 2010. Here’s a quick look at what makes Singapore a global city. No brownie points for guessing which country aced this parameter. You guessed it right; Singapore got the top score of a perfect 10 for openness to trade. It is the most open for the movement of goods and services and stands out for its cross-border trading. Moreover, the World Economic Forum’s ‘2010 Global Enabling Trade Report’ reaffirms Singapore’s numero uno position as far as openness to trade is concerned. It’s interesting to note that the trade-weighted applied tariff rate amounts to almost zero (0.03%, the second lowest), as 99.9 % of imports enter duty-free in Singapore. Importing and exporting goods requires little paper work (four documents on average), is swift (three to five days on average), and inexpensive. The estimated cost of US$450 per container is less than half the average of high-income economies. With a strategic location and a trade enabling environment Singapore has emerged as one of the world’s most critical trade hubs.

Singapore has an open and well-integrated financial market which serves to increase capital flows with the rest of the world. It’s excellent business environment has led to large direct investment inflows. In addition, the country has been attracting a fair share of investors and MNCs to set up a company in Singapore and invest in the region. Singapore is also gaining prominence as a sophisticated financial center where there is a high level of foreign currency borrowing and lending activity. Singapore residents are allowed to deal in spot and forward foreign exchange transactions while non-residents can make direct and portfolio investments into the country. The icing on the cake is that there no foreign exchange controls in Singapore. Factors such as budget surpluses, sizable foreign exchange reserves, high savings rates, moderate inflation, sound institutions, a stable currency, and a robust financial system serve to enhance capital flows into and out of the country. The country scored 6.17 points in the Index for movement of capital.

Singapore’s open immigration policy and specially designed visa schemes such as the Singapore Employment Pass and Singapore EntrePass has opened up opportunities for aspiring individuals and entrepreneurs who wish to relocate to the country and make it their home. With its open-door policy, excellent living environment, robust economic growth, and low taxes Singapore has emerged as the most popular destination for global talent to convene. As of June 2010, there were 540,000 PRs and 1.3 million foreign professionals and workers along with their dependents in Singapore.

There might have been a recent tightening of immigration policies but by no means has Singapore rolled back the welcome mat for talent professionals. The influx of foreign human capital translates into a deep, diversified, cosmopolitan, highly experienced, and well educated workforce – one that has been consistently rated as the world’s best by BERI’s Labor Force Evaluation Measure. Undeniably, a global workforce is a hallmark of a global city. Singapore’s labor movement score was 4.37 on the Index.

Exchange of technology and ideas

Global cities are often characterized by a high degree of of technological innovation, knowledge creation, and R&D activity. In this regard, Singapore has made giant strides in evolving itself into a knowledge-based economy that thrives on innovative and research-centric activities. Singapore emerged as the top Asian innovation economy in INSEAD’s ‘2011 Global Innovation Index’. The Singapore government is strongly supportive of innovative enterprises and has committed S$16.1 billion in 2010 to support research, innovation and enterprise until 2015. The emphasis in on attracting and nurturing companies that specialize in R&D work and building technological capabilities. Companies such as Nestle, HP, HCL, Bayer, and Fujitsu, to name a few, have set up their R&D centers and labs in Singapore over the past few years. Singapore’s high level of technological advancement has definitely played a pivotal role in shaping it towards a globalized economy.

Cultural integration is the ability of individuals to engage in diverse activities and Singapore has been successful in developing strong arts and cultural resources that enhance its livability quotient. According to official figures, more than 92 arts and cultural activities take place in Singapore everyday. There has been a steady increase in the number of arts societies, museums, art performances and heritage centers in recent years. There has also been a corresponding increase in government funding for arts and cultural events. Overall, there is a great appreciation for arts and culture in the city-state, which has been recording increasing levels of cultural engagement from its cosmopolitan residents. 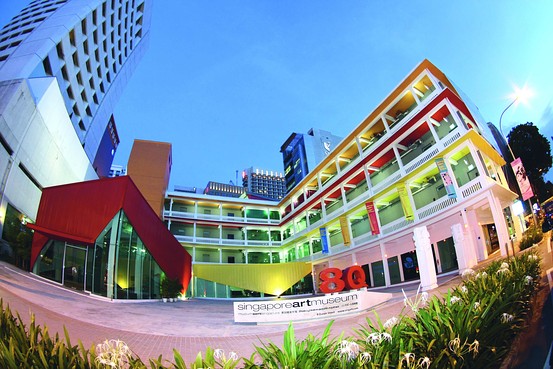 All in all, Singapore is an engine of growth and change – a generator of ideas, and culture. It is a city where thousands flock to live, work and play. A global city has nothing to do with size. It’s all about functionality. It’s about the city’s ability to shape the world. In this sense, Singapore has a strong international image. It is a hub that facilitates investment and social development. Singapore is truly a global city and deserves to be placed among the league of highly globalized economies.